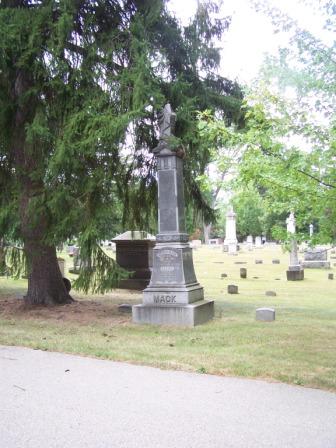 d. January 20, 1885, 79 years. Sec. 1-157. Mr. Mack came to Rochester in 1830 and opened a store. He was the second township supervisor and later a state legislator. Almon's father, Colonel Stephen Mack, was the founder of Pontiac, and also the father of 12 children, including three sets of twins. Colonel Mack's wife, Temperance, was an aunt to Joseph Smith, the Mormon prophet, and she became an ardent Mormon. Colonel Mack started a flouring mill on the Clinton River in Rochester in 1823.
Agendas, Minutes
& Webcasts
Online
Payments
Job Opportunities
Notify Me
Report a Concern
Emergency Alerts
[]